Welcome at Hotel Uhland in Munich

‚Grüß Gott‘ and welcome at Hotel Uhland in Munich – a privately managed mid-range Hotel in a beautiful New-Renaissance domicile. Central yet in quiet surroundings, Hotel Uhland is located in the popular mansion district next to the Oktoberfest. Central station and historic downtown are only a few minutes walk away. Our cosy and well-priced Hotel in Munich’s city center offers historic charme, modern rooms and exceptional service.

Outstanding Service with a Personal Touch …

Munich tradition and advanced facilities meet at our historic New Renaissance hotel to create a beautiful ambience. We consider the needs of our guests our highest priority and are proud of our service – never intrusive, but always attentive and, in best Munich tradition, warm hearted. The reception of our hotel in the heart of Munich is open daily from 7:00 a.m. to 11:00 p.m. and always at your service.

In our hotel lobby, you can enjoy freshly brewed coffee, tea and hot chocolate around the clock while using the free Wi-Fi or our selection of books and newspapers.

Style and Comfort in the Center of Munich

At Hotel Uhland in the heart of Munich guests can choose between 25 unique rooms. Whether single rooms, double rooms or family rooms (3-5 beds) – each room distinguishes itself by its individual set-up and atmosphere, furnished in the style of the heritage-protected hotel mansion.

Particularly our rich breakfast buffet will surprise you! Start your business or holiday in our renovated breakfast lounge. Enjoy the full variety of our continental as well as traditional bavarian breakfast selection, all included in the room price.

Located in the Heart of Munich …

We are proud of the unique historic yet modern flair of our inner city hotel. But we are also proud of our exclusive location right at Theresienwiese, where the Oktoberfest takes place each year. All major sights in the inner city are easily reachable by foot from the hotel. Museums, shopping, events, restaurants, historic sights, nightlife and bars – all Munich’s center has to offer is easily accessible by foot. Leaving our calm hotel street you will find yourself in the midst of Munich city life.
Subway stations are just around the corner, and the central station can be reached by foot in 10 minutes. If you visit our hotel with a car or motorbike, you will enjoy using the parking spots in our courtyard throughout your stay.

You are looking for a centrally located yet calm and cosy hotel room during your stay in Munich? Hotel Uhland is your choice! 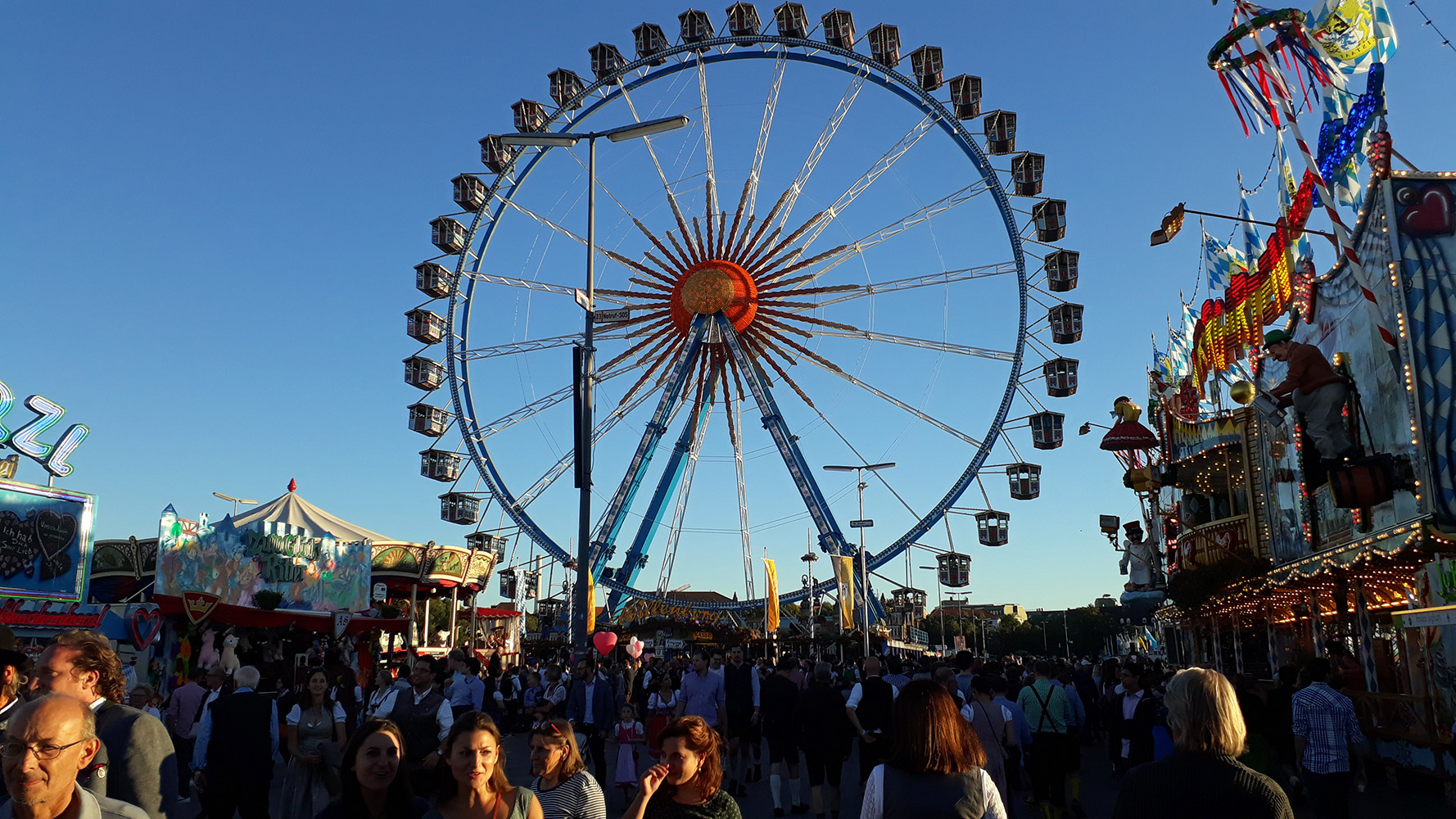 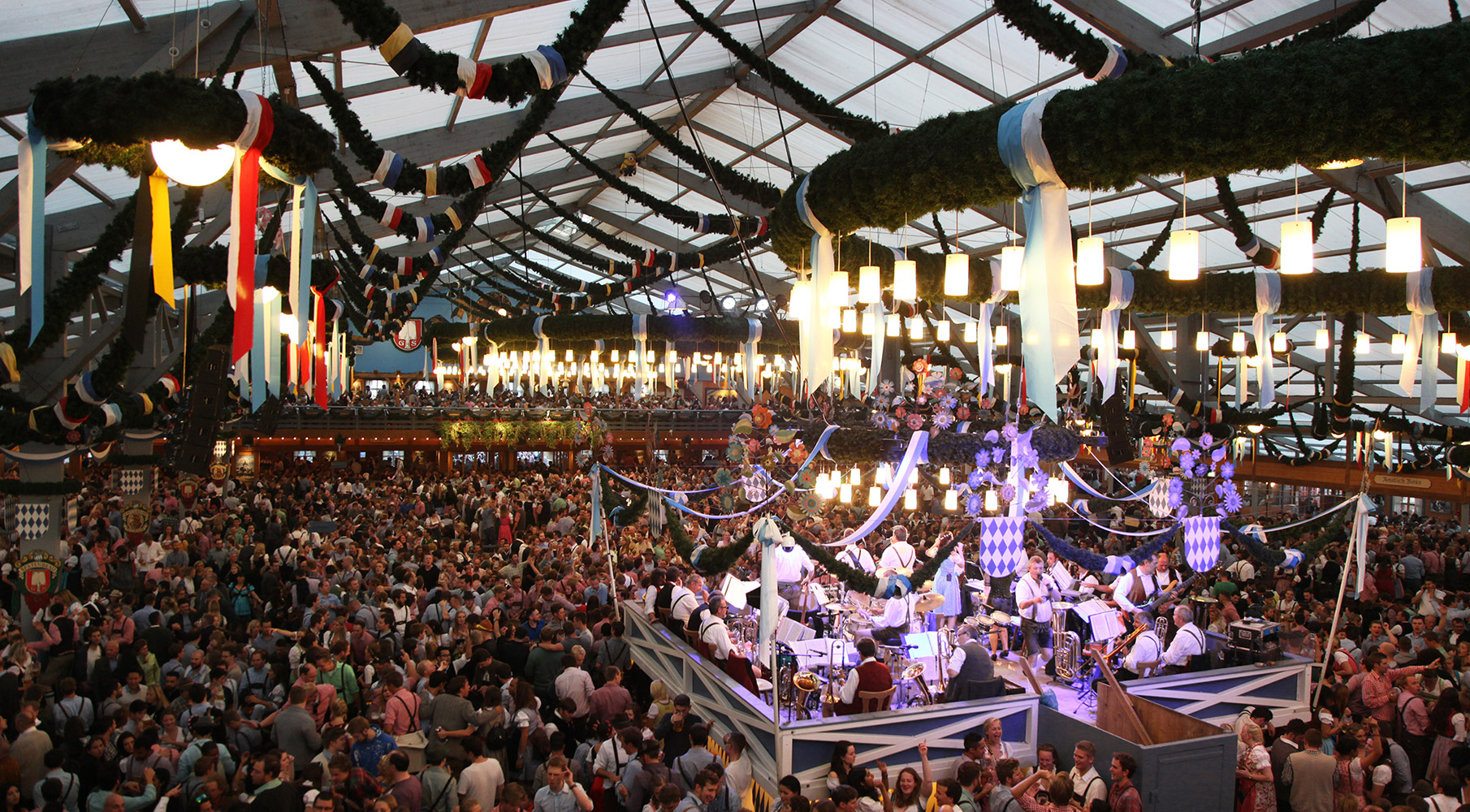 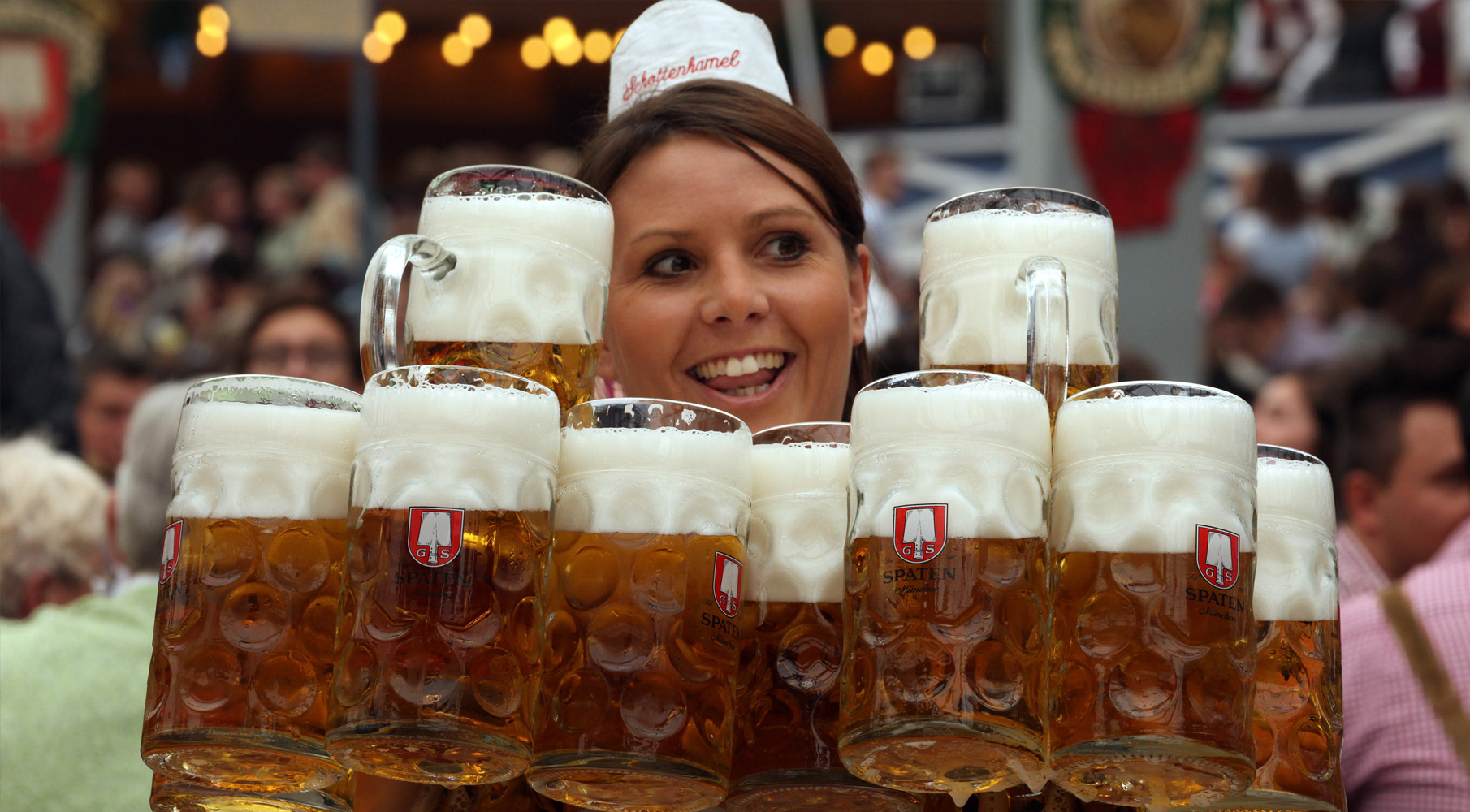 “The Oktoberfest of 1908 started with the sound of the bell announcing noontime. This year, some external changes have been applied at the Festwiese (Theresienwiese). […] The chicken frying station between Schottenhamel and Winzerer Fähndl has reappeared as a neat new building. For the sake of the acoustics, the stage dominating the (beer) garden as well as the tent of the Winzerer Fähndl was lowered, and fine balconies were attached to both sides of the stage. […] At the point where the Uhlandstraße meets the Bavariaring, a bicycle parking lot operated by the municipal district office has been erected for the first time. […] The Hippodrom tent received a completely new and effective façade. Farther west on the Rindeck, a Hollandia bar, designed as a Dutch windmill, has found its place.

[…] Every year at the Oktoberfest, a series of more or less rare human abnormalities can be seen, which arouse the furthest attention. This time, there are two outstanding natural phenomena: Lionel, the lions’ man, and Tabor, the ruler of the muscles. “The fairground of 1908 housed 51 exhibitors, 12 inns, 2 vintages, 14 sausage kitchens, 19 cheese stalls, 7 fish cook shops, 13 shooting ranges, 5 photography stalls, 7 swing boats and 3 parking halls”.

Hotel Uhland offers standard single rooms, double rooms and family rooms with up to 5 sleeping units as well as rooms suitable for allergy sufferers, children’s beds and beds with excess length.
Choose your room category and learn more about our options …

‘2nd stay at the Uhland. Perfectly situated for Oktoberfest, or the Springfest if you prefer to travel in May. At other times, close to the main train station, tram ride or short walk, yet in a quiet area.
Super clean, well appointed rooms. Fantastic breakfast with lots of healthy options and fruit (kumquat, anyone?) Plus, the most reasonably priced minibar in Munich.’

‘When you find ‘just the right place’ it’s difficult to try another. Location is prime with easy access to main train station, the Marienplatz, the subway. Hotel is in a quiet residential area which, makes rest after long days easy to attain. Strolls through the neighborhood are beautiful. We’ve stayed before and each experience has been beyond satisfying. The staff is always exceptional; great suggestions, help and conversation. Breakfast? Fabulous. We’ll be back. Not soon enough.’

‘First time in Munich and absolutely blown away by this stunning city. Our hotel was located on a very quiet and clean nice street, really easy to get on foot wherever you want to go and close to public transportation. Several bars, restaurants, and things to do nearby. I always prefer a quiet hotel so I can relax and decompress, and this one did not disappoint. Very nice breakfast buffet and really comfy room and bad. I recommend it.’

‘Hotel Uhland was very comfortable with a nice size room. It was clean and the staff could not have been friendlier or more helpful while we were there. Breakfast was buffet style with a nice selection to choose from. The location was very centrally located to the train station, and center of Munich. Right down the street from Oktoberfest grounds if visiting for it. We would definitely stay here again if visiting Munich.’

‘This hotel is in a beautiful old building, with beautifully updated rooms, in a quiet neighborhood outside the center. Well, it might not be so quiet during Octoberfest, since it’s very close to the grounds where the festivities are held, but it is utterly delightful to stay here. The staff is very capable and helpful.’

for your stay at Hotel Uhland in Munich

In addition to technically necessary cookies, this website also uses cookies that are generated by external services and that save your preferences or whose purpose is to improve your user experience. You can find more information on this and your rights as a user in our privacy policy. Click on „Yes, I agree" to accept cookies and visit our website directly. Under "Individual cookie settings" you can decide for yourself which categories you want to allow. Please note that based on your settings, not all functions of the site may be available.

In addition to technically necessary cookies, this website also uses cookies that are generated by external services and that save your preferences or whose purpose is to improve your user experience. You can find more information on this in our privacy policy

Click on the different category headings to find out more and to make your individual settings. Note that blocking some types of cookies may impact your experience on our websites and the services we are able to offer.

We also use different external services such as Google Webfonts and Google Maps. Since these providers may collect personal data like your IP address, we enable you to block them here. Please note that this can severely impair the functionality and appearance of our website. Changes will take effect once you reload the page.